A Paperless Office with Document Management 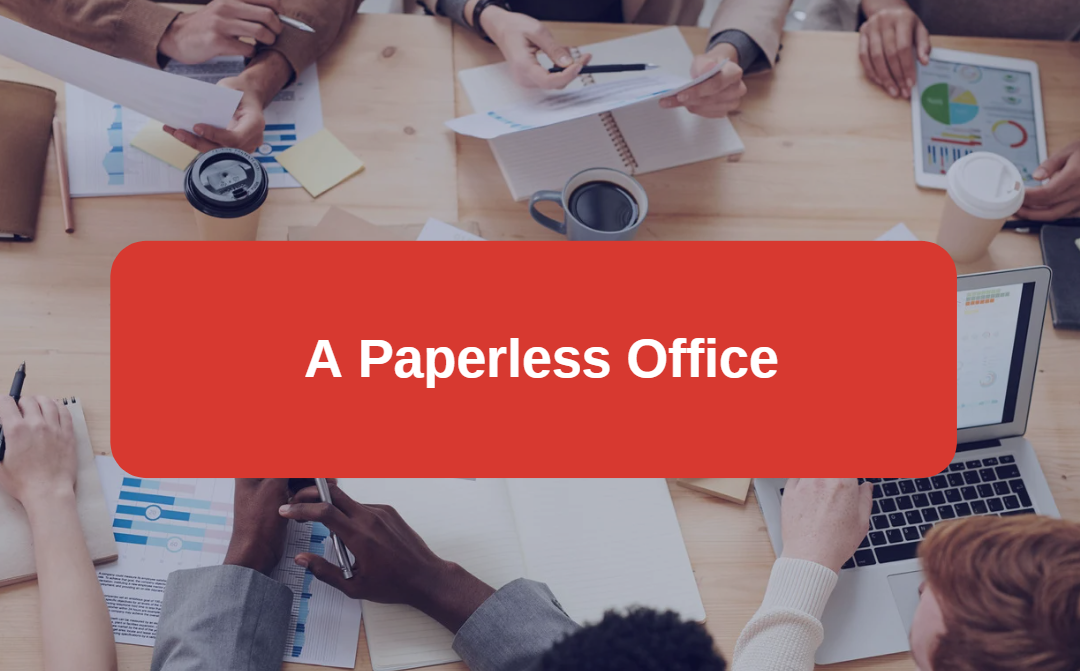 Personally I hate clutter and mess – I am a bit of a neat freak as my friends will attest. I especially can’t stand clutter on desks, I think that the in/out paper trays that frequent so many office desks are just a huge waste of money and space – I’ve never seen a document that is put into one of those trays ever be taken out of it and used or filed anywhere else.

One of my colleagues is legendary for the state of her desk – There is piles of paper, files, letters and notes everywhere to the point where you cannot actually see any desk. She once went on holiday so a colleague and I took the opportunity to empty all the rubbish of her desk – we kept anything that was 2 years old or less and we still filled 3 bin bags! Most companies dream of a paperless office but situations like this make it seem like it is impossible to achieve. So why do people still cling onto paper? there are lots of reasons: –

So how can you combat this?

We use cookies on our website to give you the most relevant experience by remembering your preferences and repeat visits. By clicking “Accept All”, you consent to the use of ALL the cookies. However, you may visit "Cookie Settings" to provide a controlled consent.
Cookie SettingsAccept All
Manage consent

This website uses cookies to improve your experience while you navigate through the website. Out of these, the cookies that are categorized as necessary are stored on your browser as they are essential for the working of basic functionalities of the website. We also use third-party cookies that help us analyze and understand how you use this website. These cookies will be stored in your browser only with your consent. You also have the option to opt-out of these cookies. But opting out of some of these cookies may affect your browsing experience.
Necessary Always Enabled
Necessary cookies are absolutely essential for the website to function properly. These cookies ensure basic functionalities and security features of the website, anonymously.
Functional
Functional cookies help to perform certain functionalities like sharing the content of the website on social media platforms, collect feedbacks, and other third-party features.
Performance
Performance cookies are used to understand and analyze the key performance indexes of the website which helps in delivering a better user experience for the visitors.
Analytics
Analytical cookies are used to understand how visitors interact with the website. These cookies help provide information on metrics the number of visitors, bounce rate, traffic source, etc.
Advertisement
Advertisement cookies are used to provide visitors with relevant ads and marketing campaigns. These cookies track visitors across websites and collect information to provide customized ads.
Others
Other uncategorized cookies are those that are being analyzed and have not been classified into a category as yet.
SAVE & ACCEPT